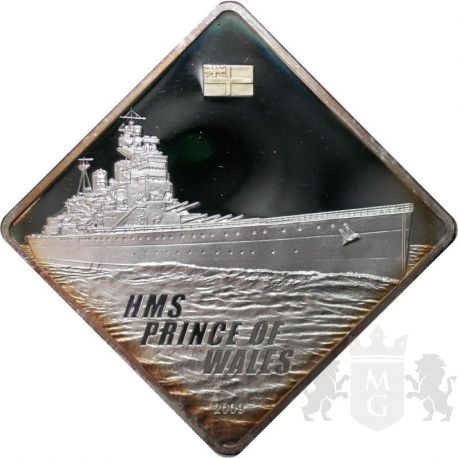 A collector's coin from the very popular in the world series: Battleships.

HMS Prince of Wales was a British battleship on which, among other things, the Atlantic Charter was signed, it was also one of those ships that was instrumental in the destruction of the German ship Bismarck. Together with the cruiser HMS Repulse, it was the backbone of the Far East squadron to defend Singapore against the Japanese invasion. The battleship sank on December 10, 1941 at Kuantan during reconnaissance. It was the first time during World War II that combat aircraft had sunk a ship on the high seas. 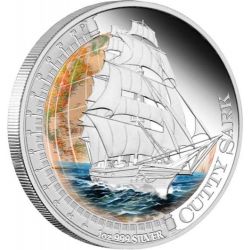 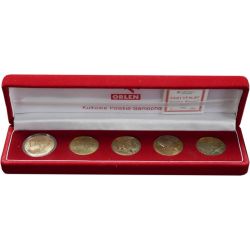