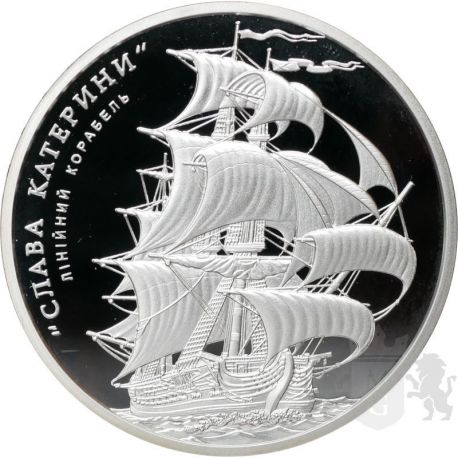 The coin is dedicated to one of the basic branches of manufacturing of ancient cities of the northern coast of the Black Sea - shipbuilding. Shipbuilding promoted the technological development of the communities of that time, the development of mathematical knowledge, construction theory and natural sciences. Southern Crimea was a hub of maritime trade and a region of intensive shipping for 2000 years.

The coin was struck to commemorate the 230th anniversary of the descent of the flagship - the 66-armed liner "Catherine's Glory". During the heyday of the main shipbuilding center in the south of Russia in 1778-1827 34 liners and 16 frigates were produced.