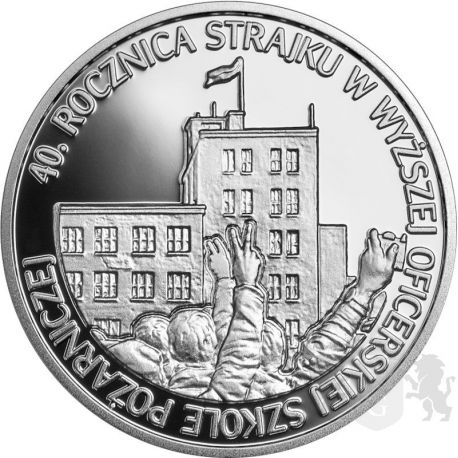 On the night of 24 to 25 November 1981, the cadets of the then Higher School for Fire Service Officers went on occupational strike. They did not agree with the provisions of the planned amendment to the Act on Higher Education, which was to change the university's status. Until now the civilian, although subordinate to the Ministry of Interior (MSW), was to be subordinated to the Act on Military Higher Education. This would give the cadets the opportunity to be used, for example, to suppress social protests.

On 30 November 1981, the Council of Ministers dissolved the school. Despite the information about its liquidation, a propaganda campaign and pressure from parents, most cadets continued their protest. The pacification of the strike was carried out on 2 December 1981 with the participation of several thousand militiamen, ZOMO troops and soldiers from the Vistula Military Units subordinate to the Ministry of the Interior. Students and workers were forcibly removed from the school. This did not end the protest of the cadets; it only changed its form - into an occupational travelling strike. The strike of the young firemen lasted until the introduction of martial law.

The reverse of the coin depicts a crowd sympathizing with the strikers - citizens of Warsaw, parents, delegates from universities and workplaces gathered in front of the Wyższa Oficerska Szkoła Pożarnicza.