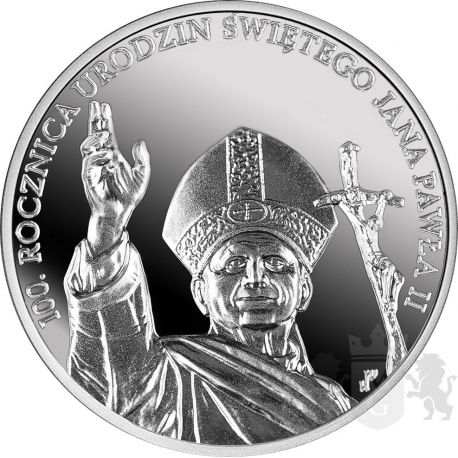 The obverse of this silver coin shows the façade of the Basilica of the Presentation of the Blessed Virgin Mary in Wadowice and the sundial on the wall of the church in Wadowice with the inscription "TIME OF THE EARLIER". On the reverse side, in turn, St. John Paul II with a pastoral.