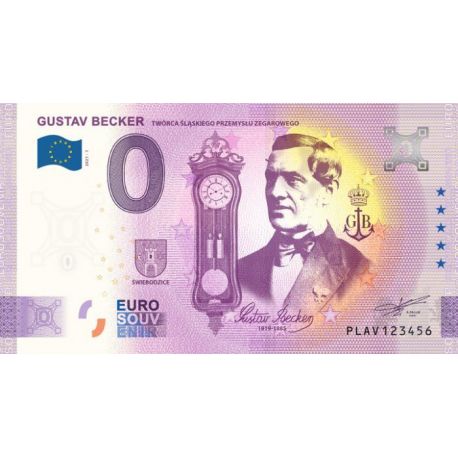 Gustav Eduard Becker was a German watchmaker and founder of the Gustav Becker watch brand.

He was born in Lower Silesia. On 1 April 1847, he opened the first clock shop in Świebodzice. In 1852, at an industrial exhibition in Wrocław, his clocks were signed as Gustav Becker. In 1854, Becker received a contract with the post office. Production increased rapidly as Becker announced the production of 75,000 and in 1875 100,000 clocks at the Vienna World Exhibition in 1873. On 15 May 1885 it is already 750,000 and in 1892 he produced 1,000,000 clocks. After his death, his son Paul Albert Becker took over the company and became the head of the company. The millionth clock is in the collection of Termet S.A. (formerly Predom Termet) in Świebodzice, which took over Becker's factory assets after 1945. The grave of Gustav Becker is located in the municipal cemetery in Świebodzice.