Immortality - Code of the Future

Another coin joined the "Code of the Future" series. It is dedicated to modern technologies and our perception of them.

1. Immortality - the desire of scientists for hundreds of years

For hundreds of years alchemists, scientists and researchers have wanted to find a way to immortalise. Often financed by the mighty, they were looking for mysterious stones or potions. Today we know that there are no such objects. There is, however, biology and technology which, when combined, can lead to surprising effects. Work on immortality has been going on for several years. These are genetic studies; DNA, telomeres, proteins are being studied... So far no scientist has found a way to make immortality work, but one thing is certain: it exists. The proof is Turritopsis nutricula, one of the species of the stupid. This jellyfish has the ability to transdifferentiate, i.e. to reprogram stem cells into any other cell in the body. Thanks to this, the jellyfish constantly renews its body. It will only die if it is attacked or poisoned. Is this also possible for humans? Maybe someday we'll find out about it. 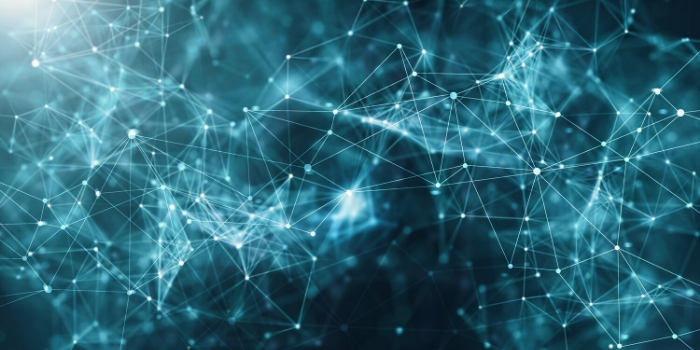 2. Immortality - Code of the Future

The time has come for the third coin of the "Code of the Future" series. The coin was struck from 2 ounces of fine silver and has a diameter of 50 mm. It has a mintage of 500 pieces. As in the whole series, the coin is adorned with a high relief, which in an unusual way presents an exceptionally detailed battlefield. In addition, the body was covered with UV printing and also...fluorescent printing! Thanks to this, the coin glow in the dark. The entire coin is packed in a wooden box with a certificate of authenticity.

The reverse of the coin depicts the human body, together with the muscles. In the background you can see a space-time tunnel, emphasizing the speed with which our life passes. Additional symbolism is added by elements in the form of a clock, an hourglass and human skulls. The obverse, on the other hand, shows human DNA, in which a solution to the problem of immortality is sought. 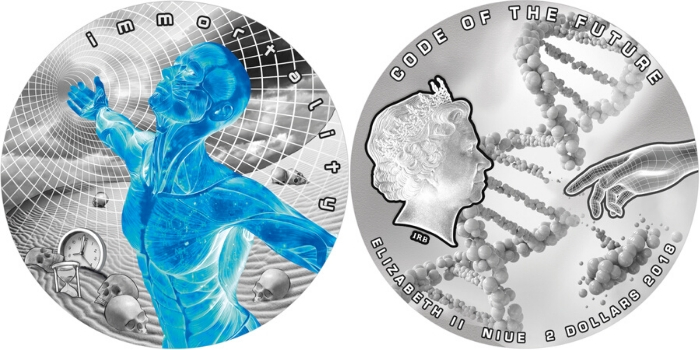 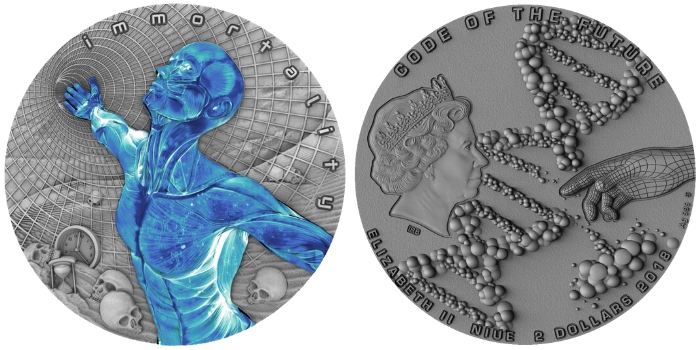 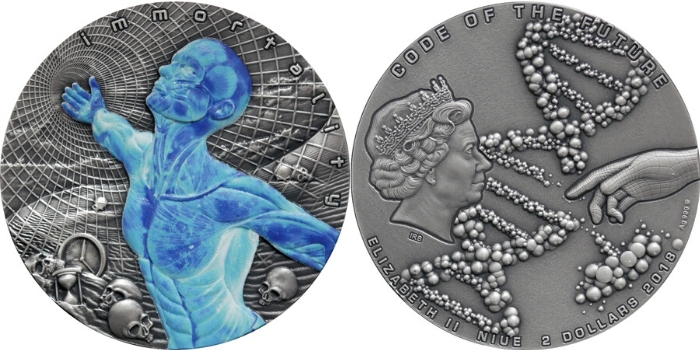 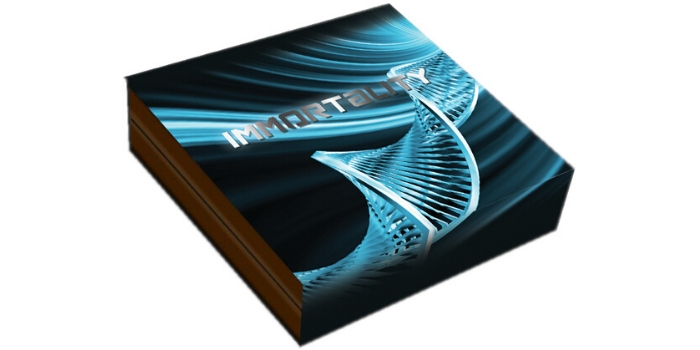 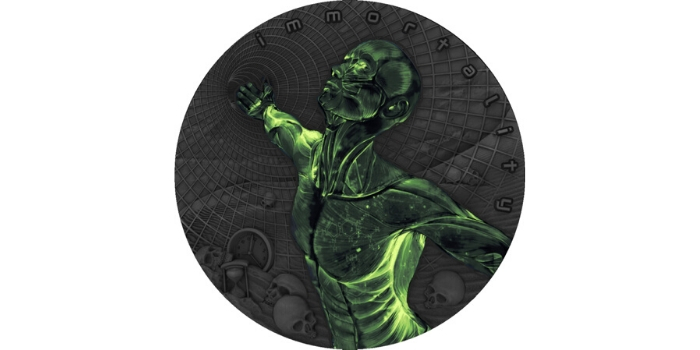 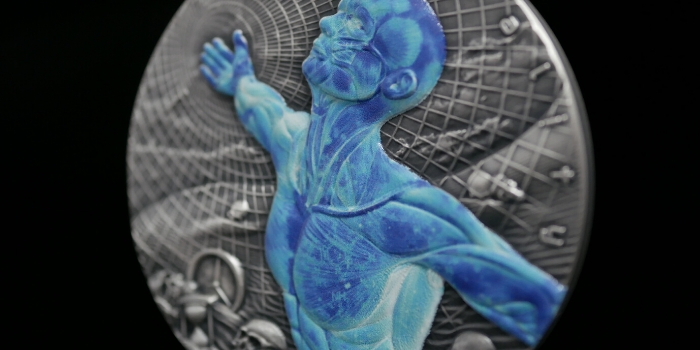