The ideas for collector coins are endless. We can be inspired by world history, pop culture, geology, natural phenomena, etc. This time we decided to create a series of coins that will present the most mysterious lands.

1. Atlantis - did it really exist?

The search for this legendary land has been a dream come true for historians and explorers for hundreds of years. This mythical city disappeared from the face of the Earth in one night. Atlantis was first mentioned around 360 BC. The Greek philosopher Plato described the history of this land with the information that it has not existed for 9 thousand years!

According to this philosopher, Atlantis was built around a huge acropolis. It had magnificent gardens, temples and palaces. The city had a sewage system and a great port. The whole was surrounded by huge walls. According to Plato, the people of Atlantis were demoralized by prosperity and Zeus sent them to extermination for punishment. Numerous earthquakes and floods swallowed Atlantis.

To this day no geological traces have been discovered that confirm the existence of this island. Some people believe that Atlantis may be the island of Thire, which was disaster-stricken around 1500 BC. A gigantic volcanic eruption caused most of the island to sink into the water, causing a huge tsunami. The island was inhabited by the Minoans - a developed community trading with the Egyptians, who (like the people of Atlantis) fought the Greeks, and their main temple was dedicated to Poseidon.

Did Atlantis really exist? We don't know. But it's still a mystery to humanity. Thanks to this fascination, numerous works of literature, films, games, or coins are created. 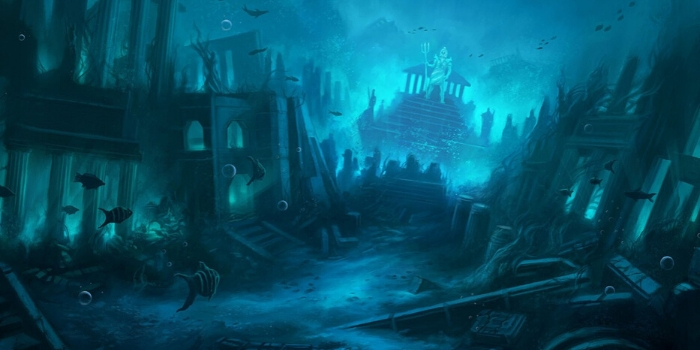 This is the first coin to open the "Legendary Lands" series. It was struck from 2 ounces of fine silver. The reverse of the coin is adorned with a high relief, which depicts a scene of people fleeing Atlantis. Selected elements have been gilded. On the obverse there is an image of the city absorbed by the sea.. 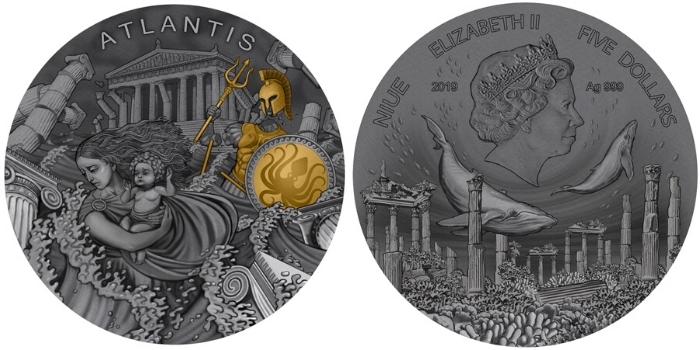 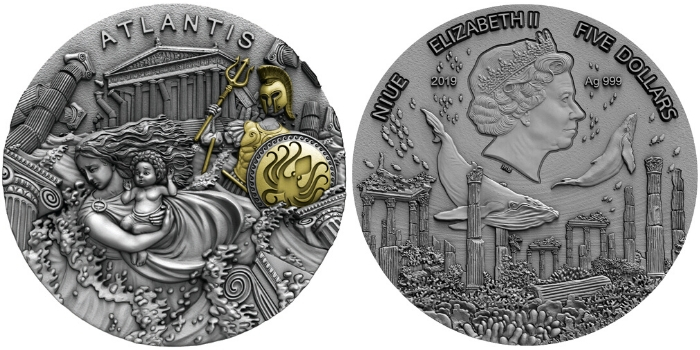 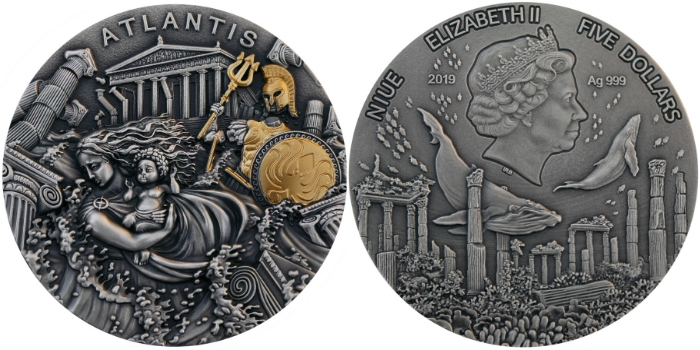 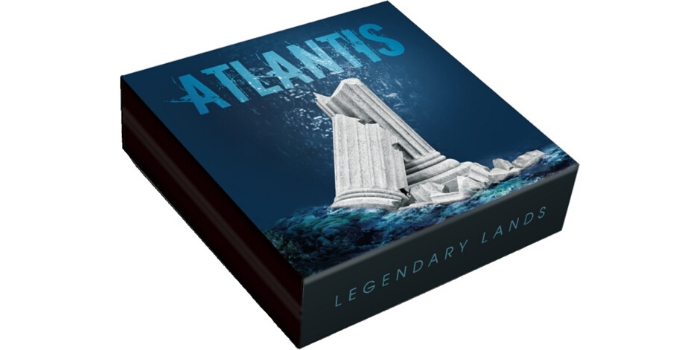 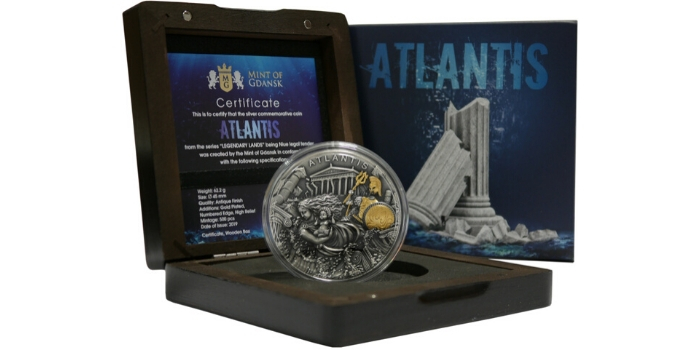 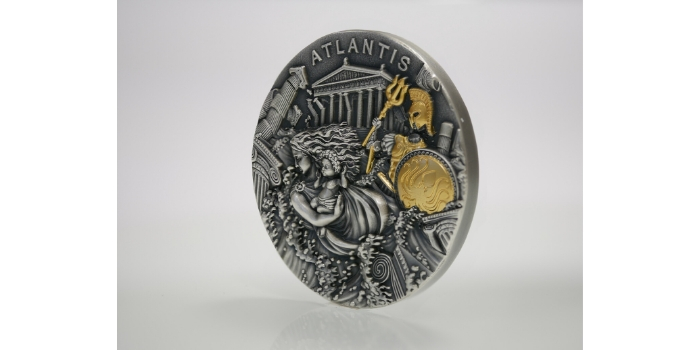 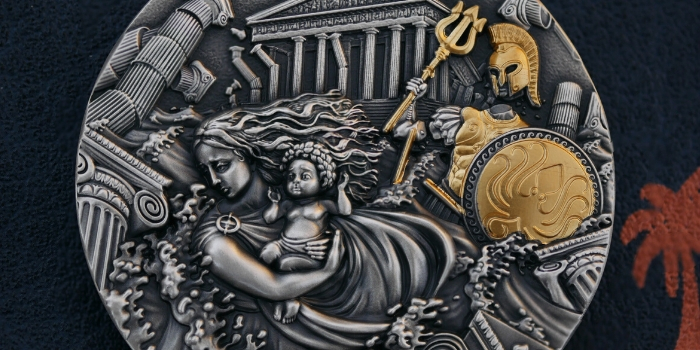