Another coin joined the "Great Commanders" series. It is dedicated to the best and most effective war strategists.

Leonidas became King of Sparta at the age of 50, around 490 BC. Not much is known about his reign. In Sparta, the king held the position of commander and high priest. Historians have not found much information about his influence on the country before the Battle of Thermopylae. It seems that the defence of Sparta was such an exceptional act that it displaced all other memories of Leonidas.

In 480 BC. The Persians under Xerxes' command wanted to create a huge empire. The United Greek army wanted to repel the enemy's attack. The most famous battle took place at Thermopylae. Many troops from all over Greece were appointed to defend the pass. Initially, the Greeks fought back the attack, but the size of the enemy was not clear. After 7 days of fighting, Efialtes from Trachis passed to the Persian side. He proposed to lead the Persian troops through a mysterious passage, which gave the opportunity to unexpectedly attack the Greeks and defeat them. Leonidas learned of the treason - he sent most of his troops inland to defend the cities and people, and he himself probably stayed with 300 Spartans, 900 Hoplites, and 700 Thespians. Early in the morning a small army of Leonidas faced several dozen times more Xerxes' army. On the contrary, he was not allowed by the Spartan code, but also by the prophecy. It said that if the king withdrew, Sparta would be taken over by the Persians. Leonidas' army fought bravely, but eventually died. All those who didn't pass to the enemy's side died. But there were also many losses on the Persian side. In addition, the Greeks gained time to change the position of their troops, so that they started to push out the Persians, for example in the Battle of Salamis. Leonidas' heroic struggle lasted for millennia. 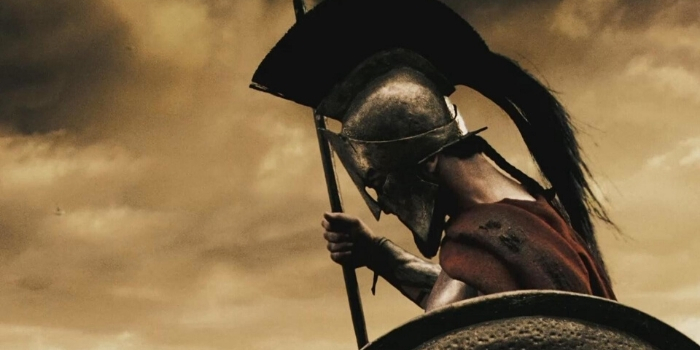 After Spartacus, the time came for Leonidas, the second coin of the "Great Commanders" series. The coin was struck from 2 ounces of fine silver and has a diameter of 50 mm. It was struck in 999 pieces. As in the whole series, the coin is adorned with a high relief, which in an unusual way presents an exceptionally detailed battlefield. The selected elements have been plated with red gold imitating the blood of warriors. The entire coin is packed in a wooden box with a certificate of authenticity.

The reverse of the coin shows the Greek troops under the command of Leonidas attacking the Persian troops. The obverse, on the other hand, shows a map of the area where the fighting took place. The most important battles in this war are also marked. 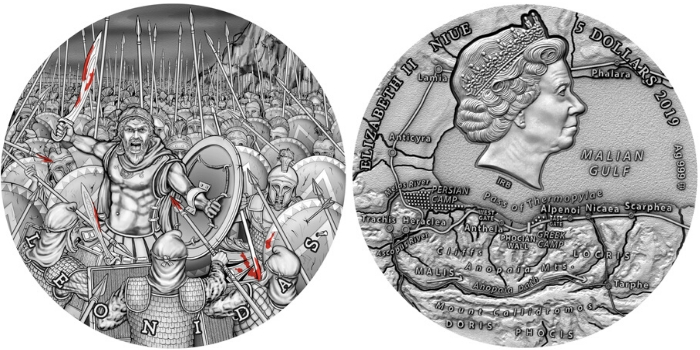 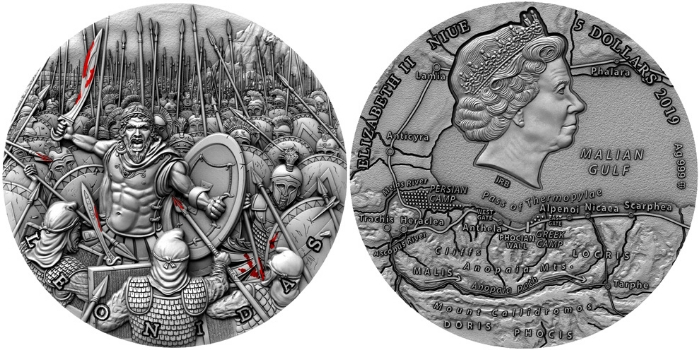 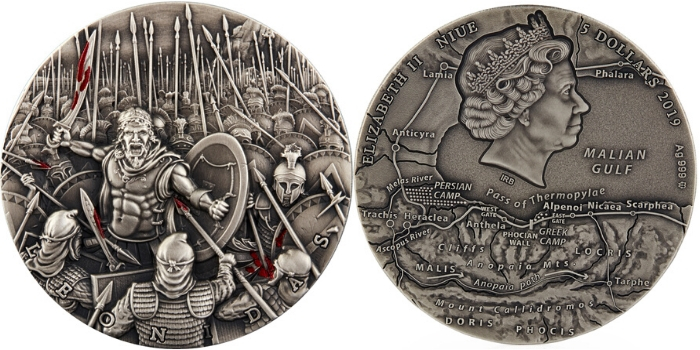 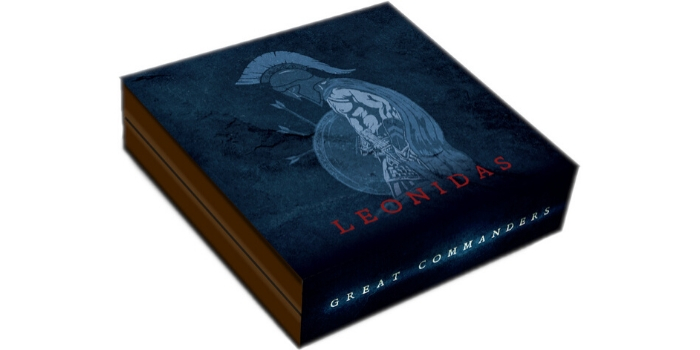 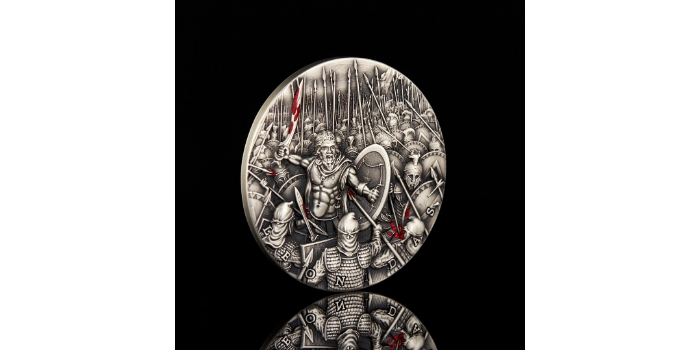 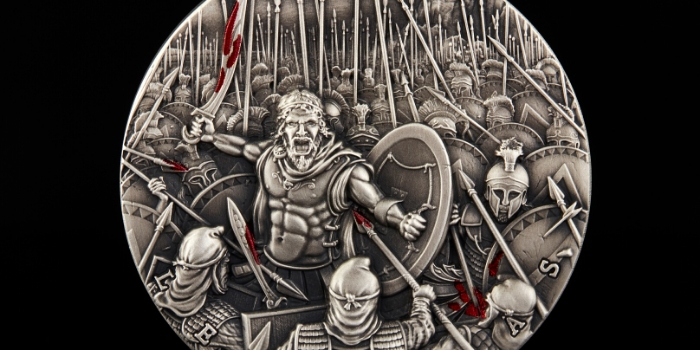