Another coin from the series "Imperial Art" - India

We present you the fifth instalment of the Imperial Art series dealing with art, architecture and achievements of the greatest civilisations and empires. Each year one coin of the series is released.

This extraordinary series depicts the incredible architecture and art of the world's greatest civilisations and empires. It was launched in 2014 when we minted our first coin - Mesopotamia. The 2020 issue is the 5th instalment of the series. Each coin is characterised by an insert in the form of a stone, which imitates part of the characteristic architecture.

According to consensus in modern genetics anatomically modern humans first arrived on the Indian subcontinent from Africa between 73,000 and 55,000 years ago. However, the earliest known human remains in South Asia date to 30,000 years ago. Settled life, which involves the transition from foraging to farming and pastoralism, began in South Asia around 7,000 BCE. At the site of Mehrgarh, Balochistan, Pakistan, presence can be documented of the domestication of wheat and barley, rapidly followed by that of goats, sheep, and cattle.[2] By 4,500 BCE, settled life had spread more widely, and began to gradually evolve into the Indus Valley Civilization, an early civilization of the Old world, which was contemporaneous with Ancient Egypt and Mesopotamia. This civilisation flourished between 2,500 BCE and 1900 BCE in what today is Pakistan and north-western India, and was noted for its urban planning, baked brick houses, elaborate drainage, and water supply.

The reverse of the coin again impresses with its detail. On the left side of the coin there is an image of the Mahabodhi Temple. It is a Buddhist temple complex in Bodh Gaja, Bihar, in northern India. It was built in the place where Buddha Sakyamuni according to tradition was to gain enlightenment. The entire temple complex was inscribed on the UNESCO World Heritage List in 2002.

In the background there is a phenomenal Wind Palace. It is located in Jaipur, built in 1799 at the initiative of the Maharaja Sawai Pratap Singh (1778-1803). The red sandstone building with a monumental façade stood on one of Jaipur's main streets to allow the ladies of the court to observe the everyday life of the city - the façade of the building has 953 small built-in balconies. The name was given to the building because of its light construction and the light, cool "breeze" inside it.

On the right side of the reverse side, the attention is attracted by the beautiful agate, integrated into the image of the Temple of Ranakpur Jain, which is located in the village of Ranakpur in Rajasthan.

On the obverse of the coin the main building depicts Fort Amber - located several kilometers from Jaipur, a complex of defensive and palace buildings. Next to the image of Queen Elizabeth II there is a reproduction of the Buddha monument, which is originally located in the Mahabodhi Temple. The obverse is also decorated with agate, as well as friezes, i.e. horizontal decorative stripes. 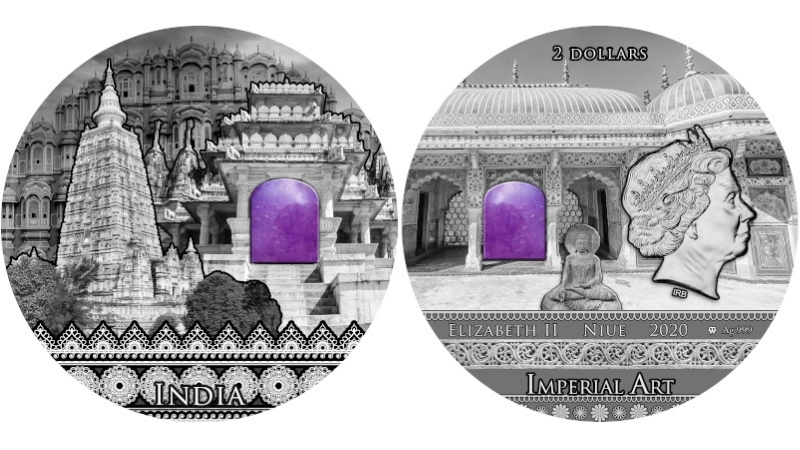 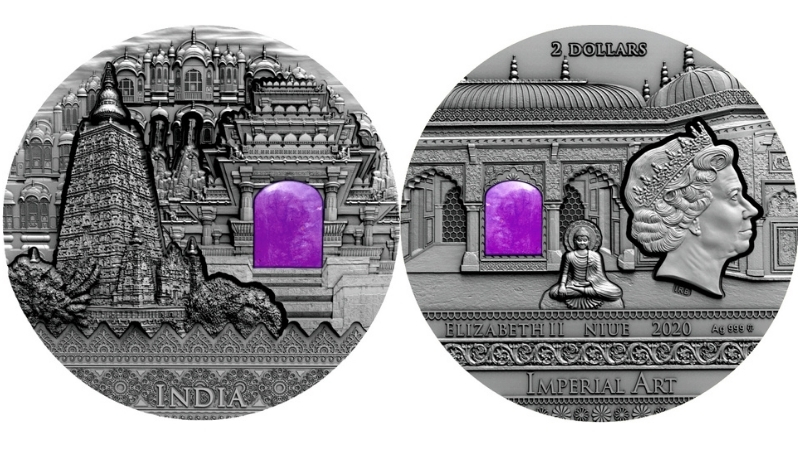 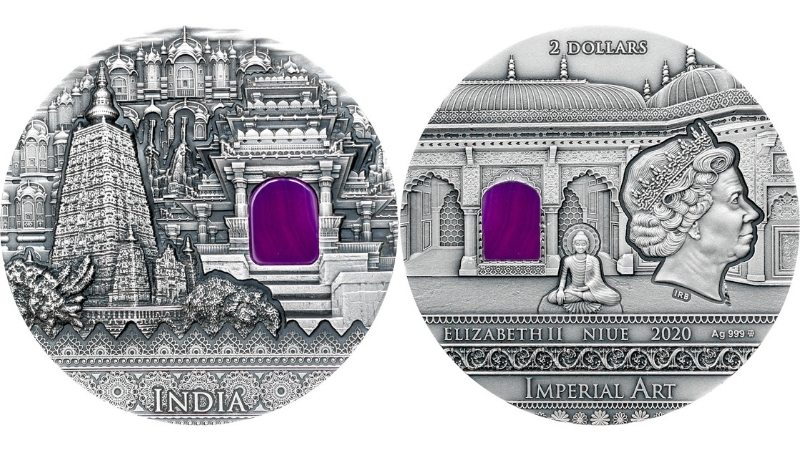 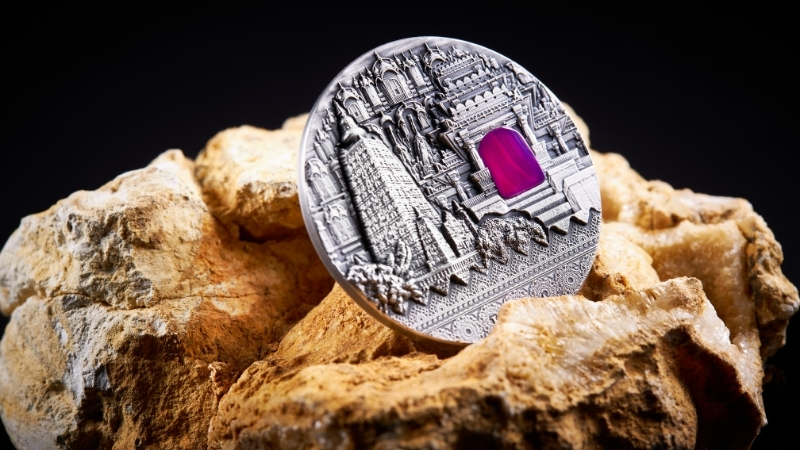 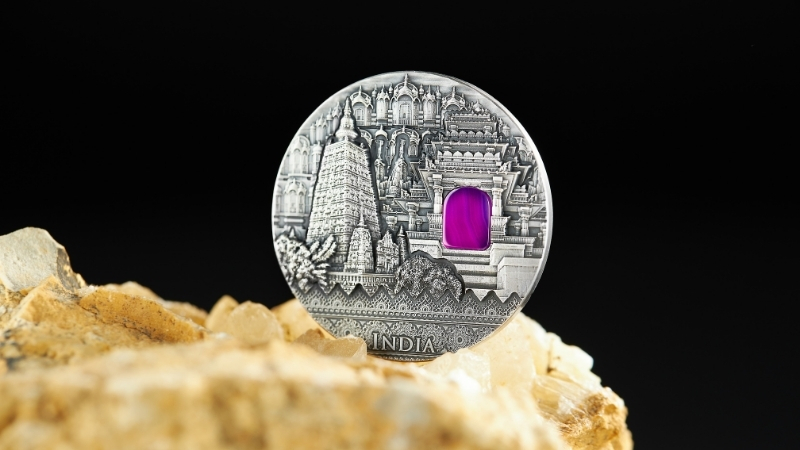 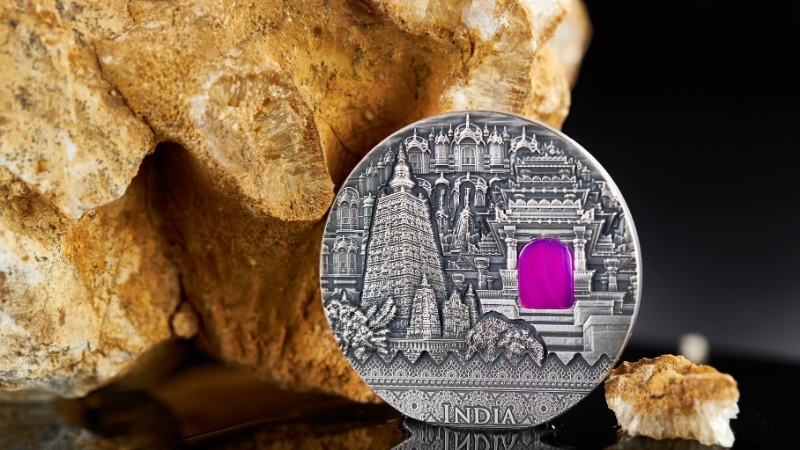 We also encourage you to watch the promotional video for India!