Two collector banknotes - Cyberpunk and Mieszko and their anti-corruption nature

We recently issued two anti-corruption collector's banknotes - see who we sent them to.

In recent months, we have issued two collector's banknotes - one referring to the Cyberpunk stylistic trend and the other to Mieszko I - commemorating the first historical ruler of Poland. The banknotes bearing the denomination "0 Zlotys Gdanskie" were created at a time when issues of the so-called "0 Euro" are enjoying unflagging popularity.

A few years ago there was a boom in the aforementioned "0 euro" banknotes. "Warsaw" - the first Polish banknote of this issue enjoyed huge interest from collectors.

Leaving aside the so-called "0 euro" issues, the banknotes market in Poland is nothing new. Local bon commemorating people, events, objects and also promoting a particular region have been, and still are, issued.

Did you know that the origin of this type of issuance was an idea that originated in India as a manifesto against the corruption that is omnipresent in the country? Well, an Indian NGO created a bon marked "0 rupees" using a 50-rupee note as a circulating model, which it distributed in a circulation of millions. It was intended to cause embarrassment among officials and government functionaries demanding bribes in return for performing official duties. The concept of this 'banknote' is attributed to Mohan Bhagat an Indian expatriate, professor of physics at the University of Maryland.

The Mint of Gdansk, using the denomination of 0 Gdańsk zlotys (the former currency of the city of Gdansk), created collector's banknotes with just such an anti-corruption message. They were sent to all key government and local government institutions in Poland so that, in the hands of officials, they could be a real tool in the fight against corruption. From now on, an official who is offered a bribe in exchange for 'getting things done' can resist breaking the law in this non-standard way. In this way, we draw attention to demoralising behaviour in various positions. Maybe it is time to say STOP CORRUPTION and give a banknote of "O Zlotys Gdanskie" to a demoralised person in your neighbourhood?

Our Cyberpunk bon is a feast of colours. It deviates from the look typical of bon or banknotes. Here we see a mysterious, unsettling, cloaked figure against the backdrop of a bleak, dark, modern city. On the back, on the other hand, against a similar background, our gaze is focused on a futuristic armoured vehicle. Elements of the graphic design, glowing with a neon glow, are presented surrounded by details reminiscent of printed circuits. There is even a schematic representation of the DNA double helix. All of this is in keeping with the symbolism of the Cyberpunk trend, which is characterised by depictions that allude to a dystopian vision of a technicised world. 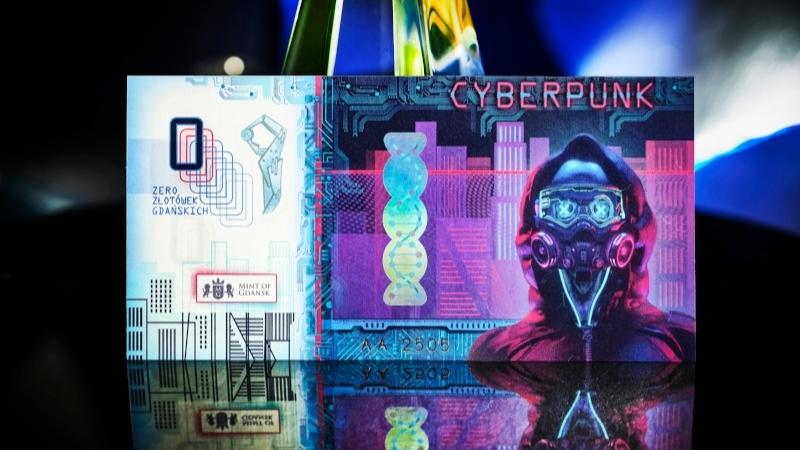 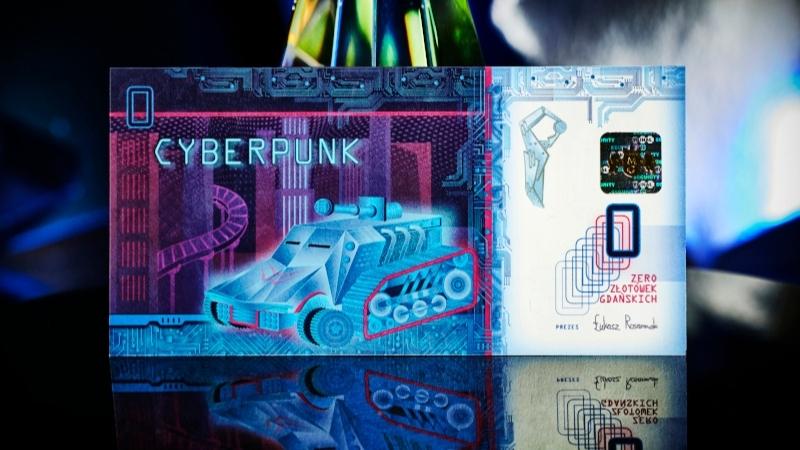 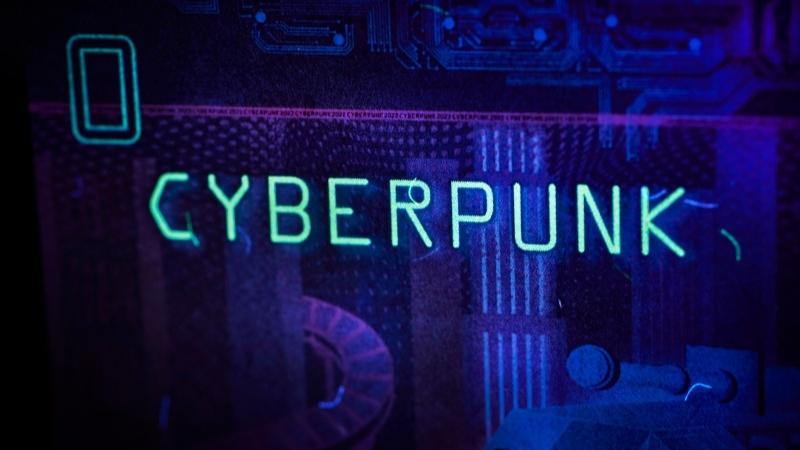 The second bon presents a theme that has seemingly already been exploited. After all, there have been many banknotes in circulation depicting Mieszko I or the theme of the Baptism of 966. In this case, however, the designer has departed from the somewhat trite Matejko depiction of Poland's first historical ruler. She used a lesser-known depiction by Ludwik Horwart, which appeared in a 19th-century album entitled "Portraits of the Polish Kings and of the Kings of Poland". "Portraits of Polish kings and famous people with a brief description of their lives", published by Józef Kośmiński. Chepeau bas for an unorthodox approach, all the more so since the authors of the images of Polish rulers, apart from Jan Matejko, who is commonly associated with it, were, after all, numerous other artists, to mention only Marcello Bacciarelli, who painted a series of portraits of Polish rulers commissioned by King Stanisław August, or Andrzej Heidrich, who died in 2019, designer of the beautiful Polish banknotes of the "Rulers of Poland" series, on which one can admire portraits of rulers of his authorship.

Other main elements of the graphic design are: occupying almost half of the front side of the banknote, a reproduction of a print by Franciszek Smuglewicz, "Baptism of Mieczysław I1", and on the back side, the Church of the Blessed Virgin Mary in Poznań. The blue-pink colour scheme blends well with the seemingly stylistically different monochrome graphics.

Both baknotes were produced by Polish Security Printing Works and contain a similar set of security features, such as optical-bleach-free paper with a two-tone running watermark and coloured protective fibres, prints showing luminescence in ultraviolet, microprinting and holographic elements. 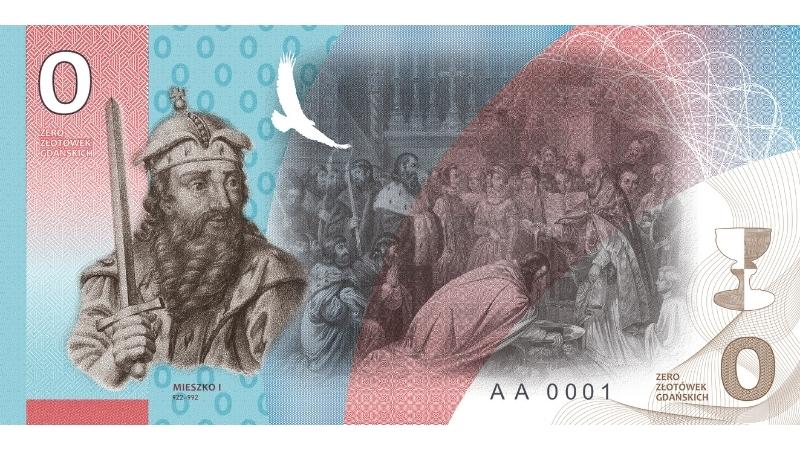 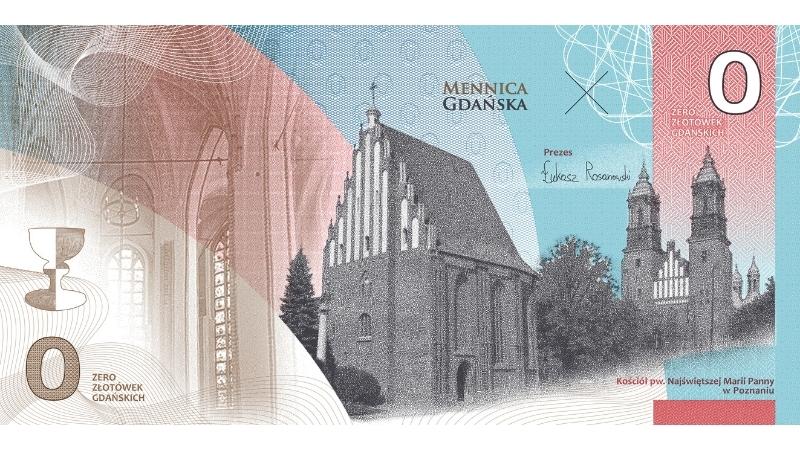 The "Cyberpunk" bon is likely to find an audience mainly among young people, who are not unfamiliar with the themes associated with the stylistic trend presented on the bon. The "Mieszko" banknote, on the other hand, may be an interesting addition to a collection whose main theme is Polish history.

It is also worth noting that both banknotes are the start of thematic series - "The Punk Universe", about contemporary science fiction stylistic trends and about Polish rulers. Both banknotes were issued in small editions - 5,000 copies each, which, considering the tens of thousands of collector banknotes issued by the National Bank of Poland, seems a negligible number and therefore attractive to collectors interested in local banknotes.