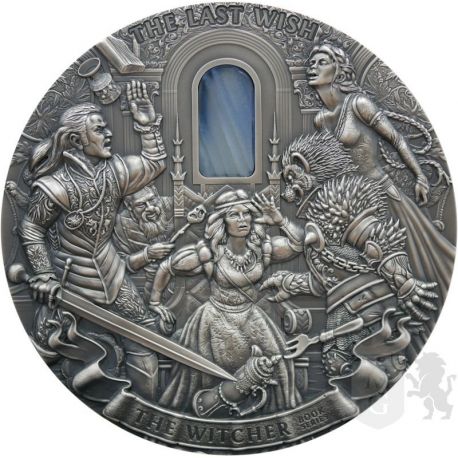 The most awaited coin of 2019! The Mint of Gdansk together with Andrzej Sapkowski presents the world's first coins dedicated to The Witcher series!

The Witcher - a series of books by Polish fantasy writer Andrzej Sapkowski, who talks about the adventures of a monster hunter.

The title "The Witcher" deals with paid killing of monsters threatening the safety of people living in the witcher's world. The main character of the series is the witcher Geralt from Rivia.

Based on the books he created, among others, the 2001 film The Witcher, the series Netflix The Witcher (2019), comic books, computer games and collector coins.

This silver coin is a real giant. Its diameter is 100 mm and its weight is 1 kg! Engraving with a high relief on both the reverse and the obverse makes the presented scene takes on a three-dimensional expression. The theme of this coin is the scene from the story "The Last Wish", in which the Urcheon of Erlenwald announces to Queen Cintra Calanthe that he wants to marry her daughter Pavetta.

An interesting addition here are also two stones - agates - that imitate the castle window. The circulation of the kilogram coin is limited to 200 pieces only.

The coin was packaged with a certificate of authenticity, containing interesting facts about the author of the stories, in an elegant wooden box painted in high gloss. The whole is complemented by engraving in the form of a wolf - symbol of Geralt.

This coin is legal tender on the island of Niue. At the same time, the head of Niue territory is the ruler of Great Britain, so the obverse of the coin must bear the image of Queen Elizabeth II and inscriptions in English. 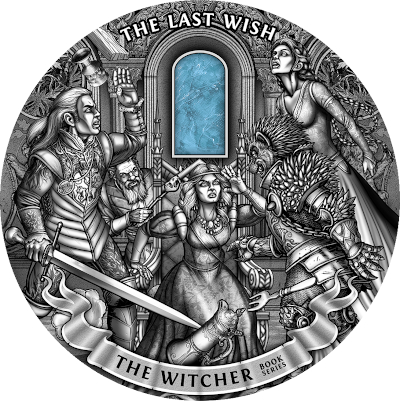 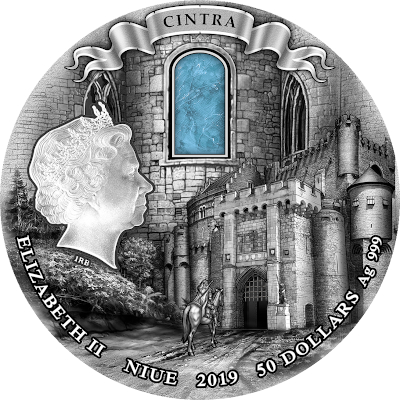 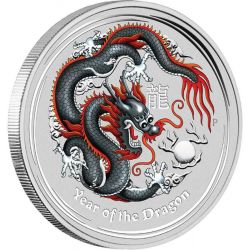 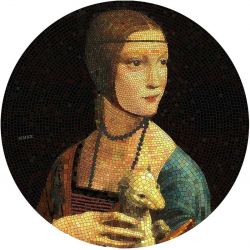 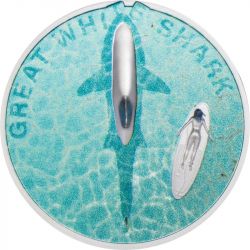 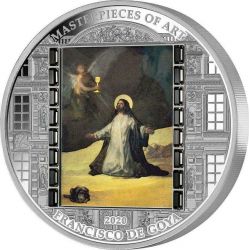 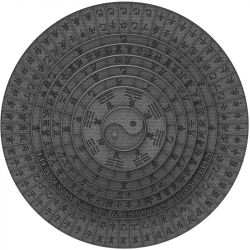 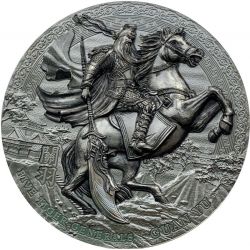 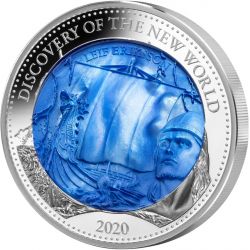 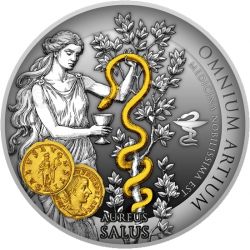 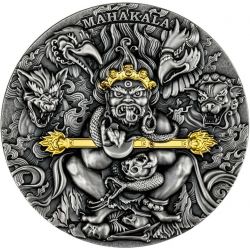 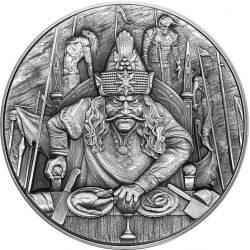