Orbit and Beyond, Set of 5 coins 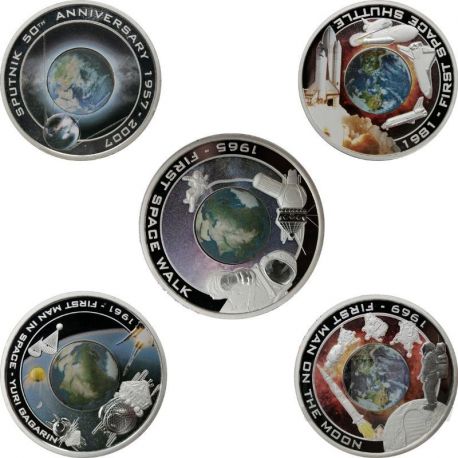 Set of 5 coins from the "Orbit and Beyond" series, each struck in silver and decorated with UV printing. The cosmic elements orbit the Earth.

The coins depict the subjects:

3) Columbia - NASA's first shuttle to make a space flight. It was destroyed on February 1, 2003, while returning from mission STS-107, killing all seven crew members.

4) First spacewalk - On March 18, 1965, Soviet cosmonaut Alexei Leonov of the Voskhod 2 spacecraft performed the first spacewalk. He stayed in open space for 12 minutes, tied to the ship with a rope.

5) First man on the moon - Neil Alden Armstrong American astronaut, commander of the Apollo 11 mission. On July 21, 1969 (according to UTC time) he was the first man to step on the moon. He uttered the famous phrase, "This is a small step for man, but a giant leap for mankind." 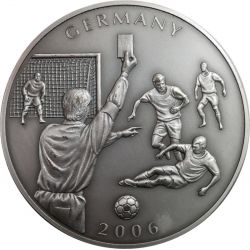 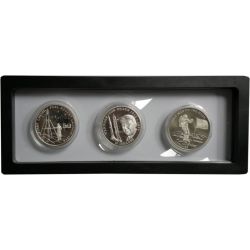