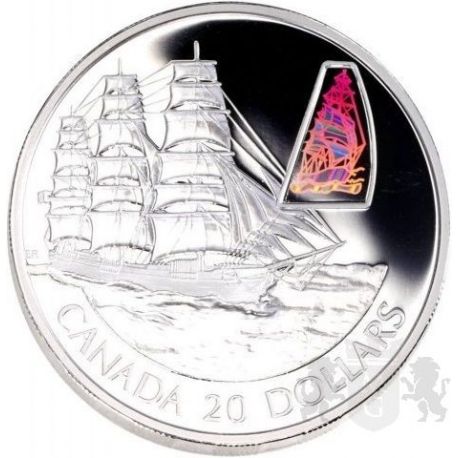 After several profitable years the ship was sold to Norwegian owners. In 1891 it was trapped in the English Channel and converted to a barge which later sank in the Dakar in Africa.

The coin is decorated with a hologram depicting the famous ship.