1$ 100th anniversary of the Panama Canal 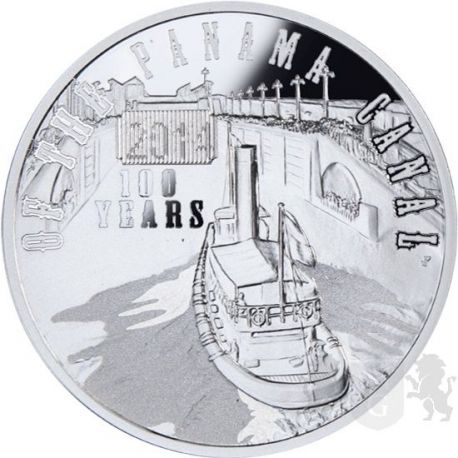 On the occasion of the 100th anniversary of the Panama Canal, the Mint of Poland issued a silver collector coin in a beautiful wooden box.

The coin was made using an angular effect - the years 1914 and 2014 on its reverse change depending on the angle of view. The reverse side also shows the historical moment of the first ship passing through the Panama Canal. On the obverse there is a rose of winds on the background of the map illustrating the Panama Canal.

The Panama Canal was created in 1879 on the initiative of Ferdinand de Lesseps, a French diplomat and businessman, and was eventually realized by the Americans. To this day, it is one of the greatest achievements of mankind in water construction, which connects the Atlantic Ocean with the Pacific Ocean.