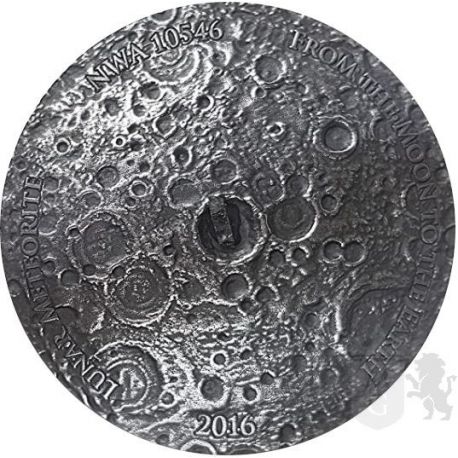 This coin was struck from 1 ounce of pure silver 999. Its unusual, convex shape is supposed to reflect the appearance of the Moon after a collision with a meteorite. It was also enriched with a unique addition - a real lunar meteorite NWA 10546.

The coin is delivered in a dedicated packaging together with a certificate of authenticity. Its mintage is only 777 pieces worldwide!

In January 1982, John Schutt, who led an expedition to Antarctica as part of the ANSMET programme, found a meteorite which was sent to Washington. There the geochemist Brian Mason found that the sample resembled some rocks brought from the Moon by the Apollo program.

In the following years fragments of lunar meteorites were discovered around the world; most of them were found in Antarctica, North Africa and the Sultanate of Oman. The lunar origin is established by comparing mineralogy, chemical composition and isotopic composition between the meteorites and the samples collected by the Apollo missions from the Moon. 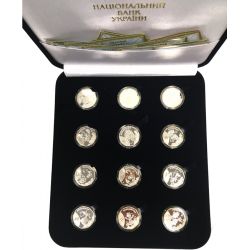