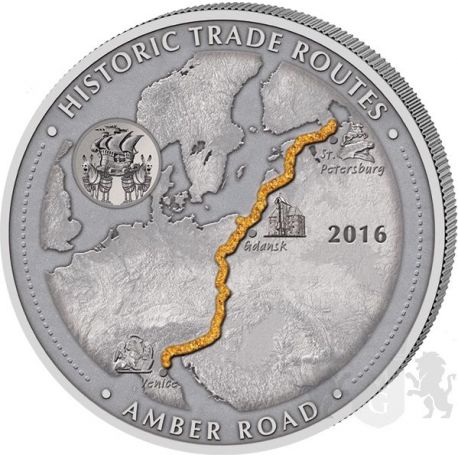 Another coin from the series "Historic Trade Routes".

The Amber Route - it was a trade route between the European countries of the Mediterranean basin and the lands located on the southern coast of the Baltic Sea.
Initially, amber was the subject of trade, mediated by the Celts. The peak development of this trade falls in the third century, and since the middle of the fourth century, the exchange gradually ceased.
The reverse contains a map and names of cities involved in ancient trade. On the reverse side there is also a unique amber insert in the shape of a route. 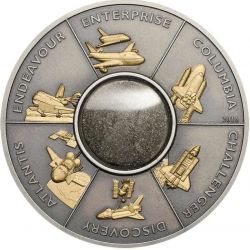 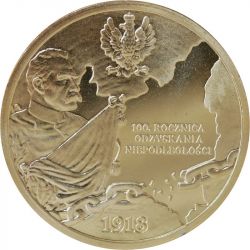