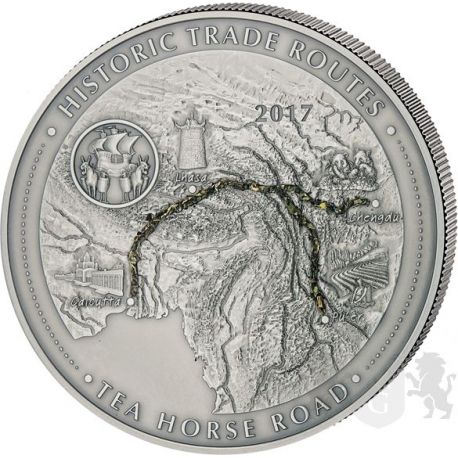 Another coin from the series "Historic Trade Routes".

The Great Tea Trade was a trade route connecting the Far East of Asia with Eastern Europe. It was established in the first half of the 17th century. Until the construction of the Trans-Siberian Railway, it was the main land trade route in Siberia. Until the 19th century it was the main route for the export of tea to Europe. Chinese tea and Tibetan horses were for a long time traded on the legendary and difficult 2250 km long Tea Horse Road from Sichuan Province to Tibetan capital Lhasa.

The reverse contains a map and names of the cities involved in historical trade. On the reverse side there is also a unique route insert filled with tea. 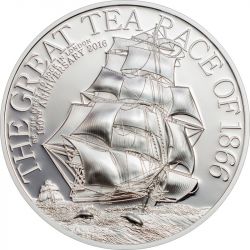