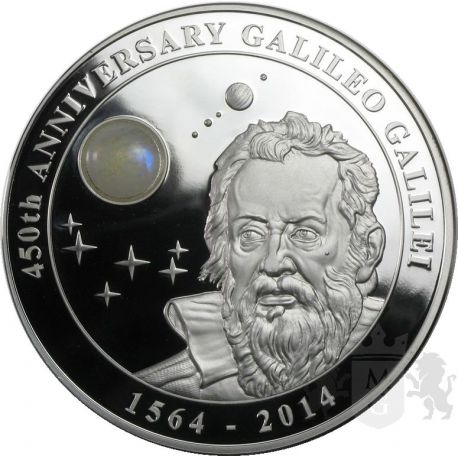 Galileo made many discoveries and inventions: he discovered the isochronism of the pendulum, built a hydrostatic scale, discovered the law of free fall of bodies, built the first thermoscope and then a telescope, which he first used for astronomical observations, discovered the mountains on the Moon and measured their height, as well as the 4 brightest Jupiter satellites and many, many more.

The reverse of the coin depicts an Italian researcher, and the coin also contains a lunar stone.