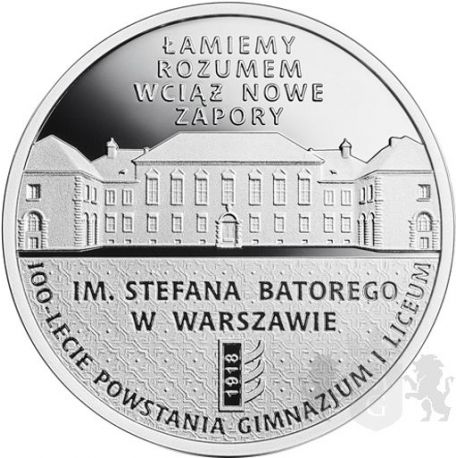 Stefan Batory Junior High School in Warsaw was founded on 1 September 1918 with the resurgent Poland in mind. The school’s goal was encapsulated in these words: “...so that its students always bear in mind the highest standards of deep civil thought,  empowered action and the majesty of the Polish State.” The task has been fulfilled – Batory has come to symbolise high academic achievement and deep commitment to the struggle for freedom of  the  home  country. That is why this year’s anniversary’s motto is: “Batory – 100 years for Independent  Poland.” It was for Poland that poet  Krzysztof Kamil Baczyński wrote and perished (graduated in 1939). It was for Poland that Jan Rodowicz “Anoda” (graduated in 1941) –  one of the thirty Batory alumni – cavaliers of the War Order of Virtuti Militari, studied and died.

The coin emphasises the school’s twofold contribution to Poland’s history. The academic achievements of the alumni and the significance of education for the functioning of a modern state are symbolised by an open book and a fragment of the school anthem “We are marching in a parade” (lyrics by Stanisław Młodożeniec, music by Witold Lutosławski, graduated in 1931).

The protagonists of the novel Stones for the Rampart remind us  that more than three hundred students of Batory lost their lives on almost all the fronts of WWII. Many of them were members of the 23rd Warsaw Scouting Team, the famous “Pomarańczarnia” (Orangery), inseparably associated with Batory until now. “Zośka”, “Rudy” and “Alek” (all graduated in 1939) continue to inspire young people today. “Alek” painted the first anchors of Fighting Poland in 1942. They can be seen today on the pedestals scattered around the school premises. 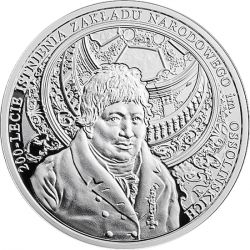 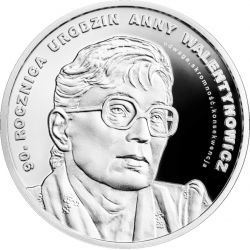 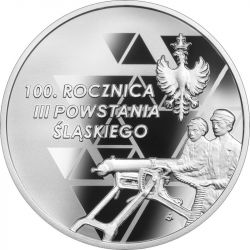