We present the sixth instalment of our popular 'Burning Beasts of the Queen' series, which started in 2018. Today, after two years, the time has passed to present the Falcons.

The Beast of the Queen is a very popular series of broth coins, which quickly won the hearts not only of numismatic fans but also of investors. The series is minted by Royal Mint in Great Britain. This mint is a guarantee of high quality bullion and extraordinary attention to detail.

On the occasion of the coronation of Queen Elizabeth II of Great Britain, in 1953, ten majestic beasts were placed at the entrance to Westminster Abbey, which still guard the gates to the famous Anglican temple. Each of the beasts is a statue about 1.8 metres high, symbolising the historical legacy of a dynasty of one of the families or places associated with the Windsor dynasty. It was decided to transfer these famous beasts to coins.

Falcon of the Plantagenets

Another coin in the series is the Plantagenet Falcon. Plantagenets are a side line of the second Andegawen dynasty, which originates from Count Gotfried V Plantagenet and English Matilda (daughter of King Henry I). Their descendants reigned in England since 1154. They took the name from the nickname Gotfried V.

During the time of Henry II, she reached the peak of her power. In her hand was Great Britain and the whole of western France. The Plantagens were the most famous English ruling dynasty in England. They ruled it for eight generations between 1154 and 1399 - both the most outstanding and the most infamous kings the land carried. They included Richard the Lionhearted, Edward the Long-legged, and Richard II, who ultimately led the Plantagenets to their downfall.

Our coin has been plated, which is the most exclusive method of coin refining. The obverse and reverse are covered with black ruthenium, a rare transition metal, which has become a perfect background for the Falcon. The Falcon itself was decorated with 24-carat gold, thanks to which it sparkles even more spectacularly and displays its majesty..

Thanks to the combination of ruthenium and gold, the coin gains in value and presents itself truly unique. Dark ruthenium brings out the brilliance and the gold exposes the wealth of techniques used. In this way a unique and contrasting effect is obtained, which harmoniously harmonizes with each other, and the artistry makes the coin a unique masterpiece of minting art.

The whole thing is closed in a box with a certificate of authenticity, which is a perfect gift and undoubtedly an interesting object for every collector and investor. The coinage is limited to 200 pieces. 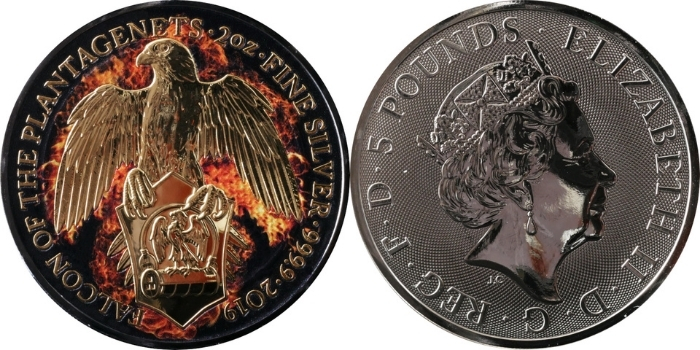 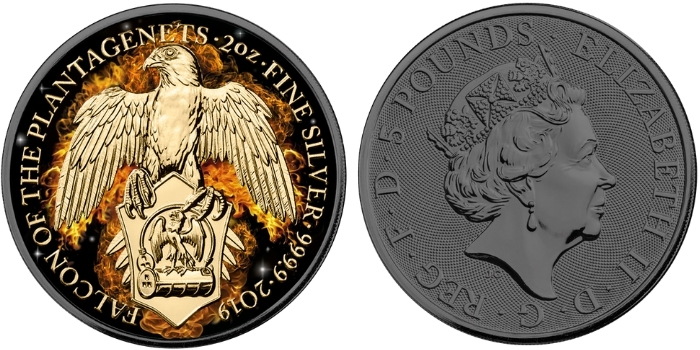 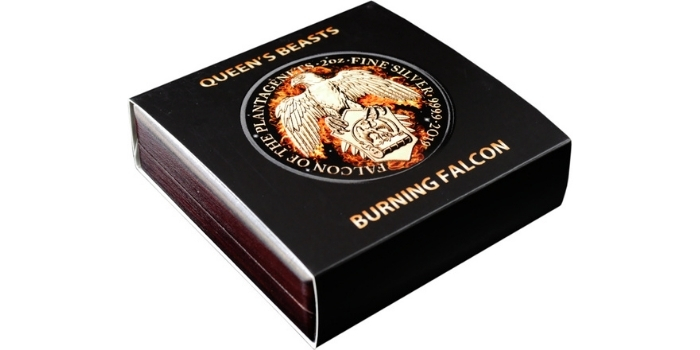 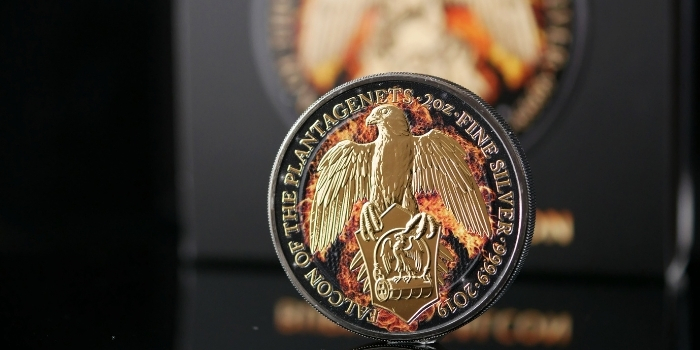 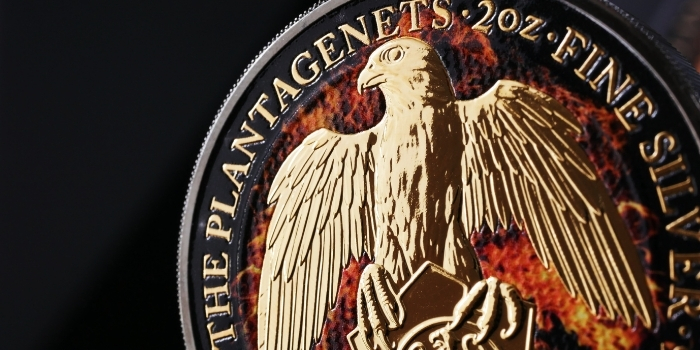 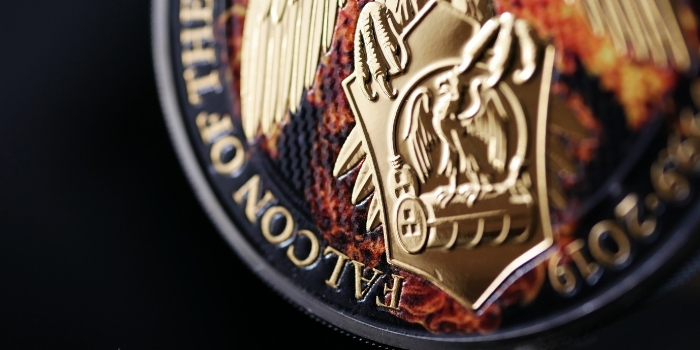 We also encourage you to watch a film promoting the Falcon!